Blue screen of death (BSOD) is the terminology used when Windows crash occurred with blue screen. Typically, blue screen crashes occurred when Microsoft Windows encountered a critical error at the kernel level and failed to recover. The general cause of a blue screen crash is a crash either in the hardware driver or low-level software running at the Windows kernel. In this article, you can see how to read minidump files using one of the most popular minidump viewer, minidump analyzer or minidump reader.

As we know, the minidump files are so-called kernel-mode dump files located in Windows folders. Since the crash details are stored in binary file format, we need powerful utility software to render the content. 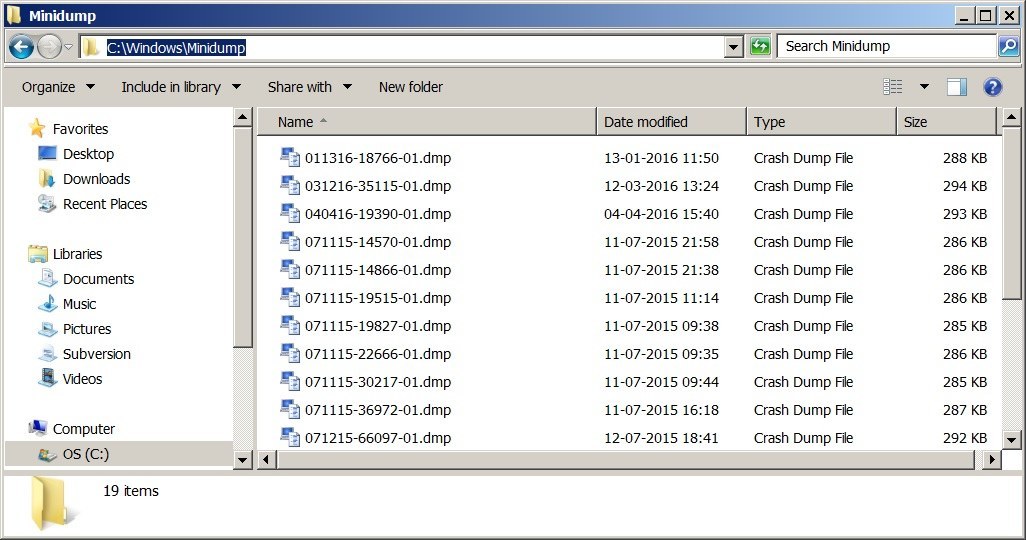 There is an intelligent free tool BlueScreenView available which scan all mini dump (.dmp) files from the specified location and display the detailed crash information in one table. The tool is available for both 32bit and 64bit computers.

The front view of the BlueScreenView tool displays two panels by default. 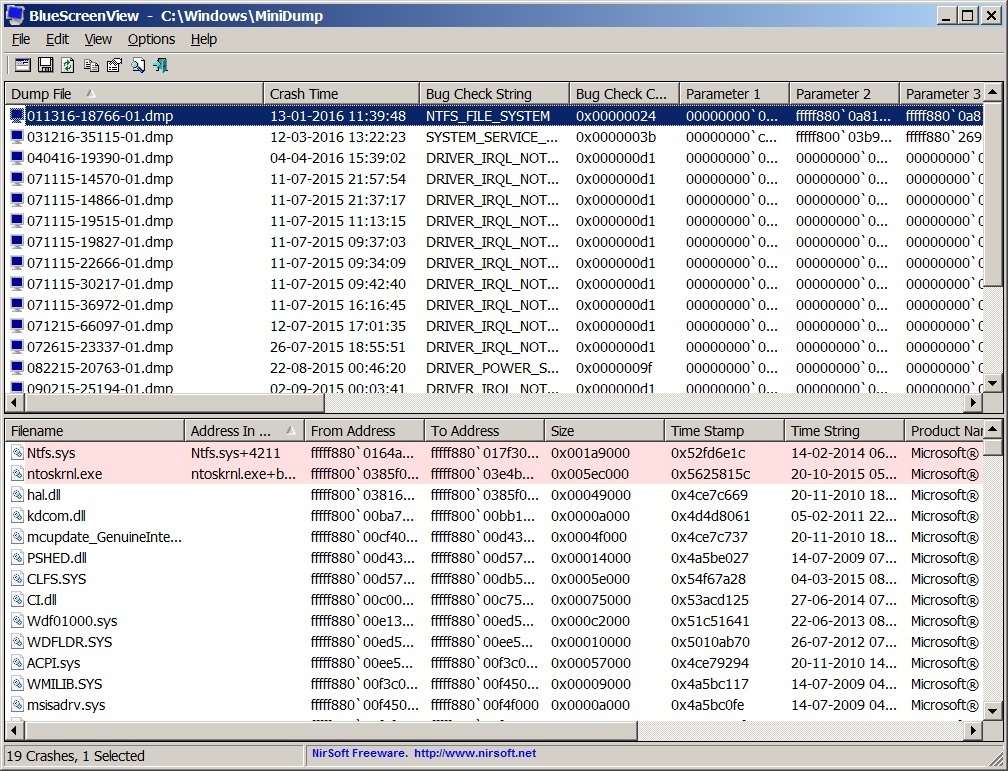 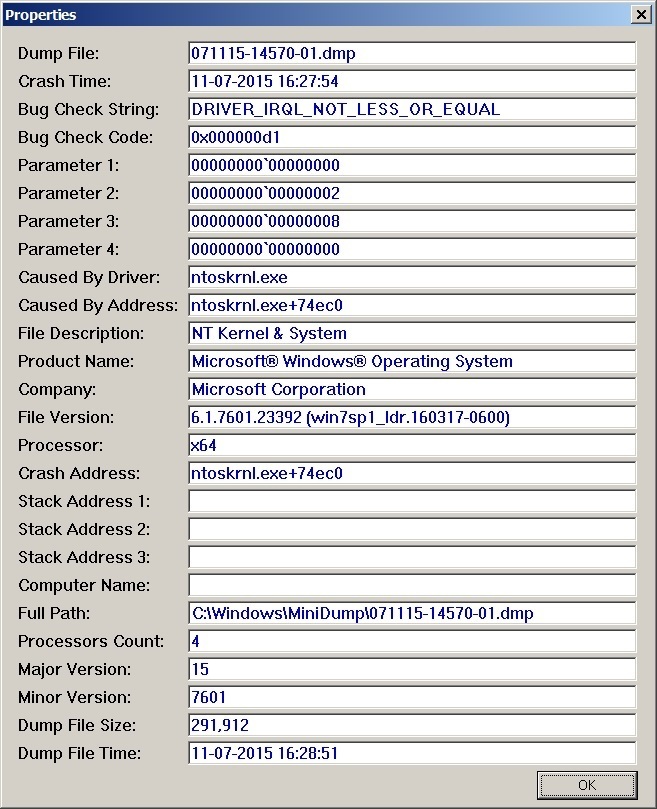 Using this tool, you can also see the actual blue screen appear during the BSOD crash. To see this click on the menu -> Options -> Lower Pane Mode -> Blue Screen in XP Style as below.

Once you click on this you can see the blue screen which appeared when the crash occurred. 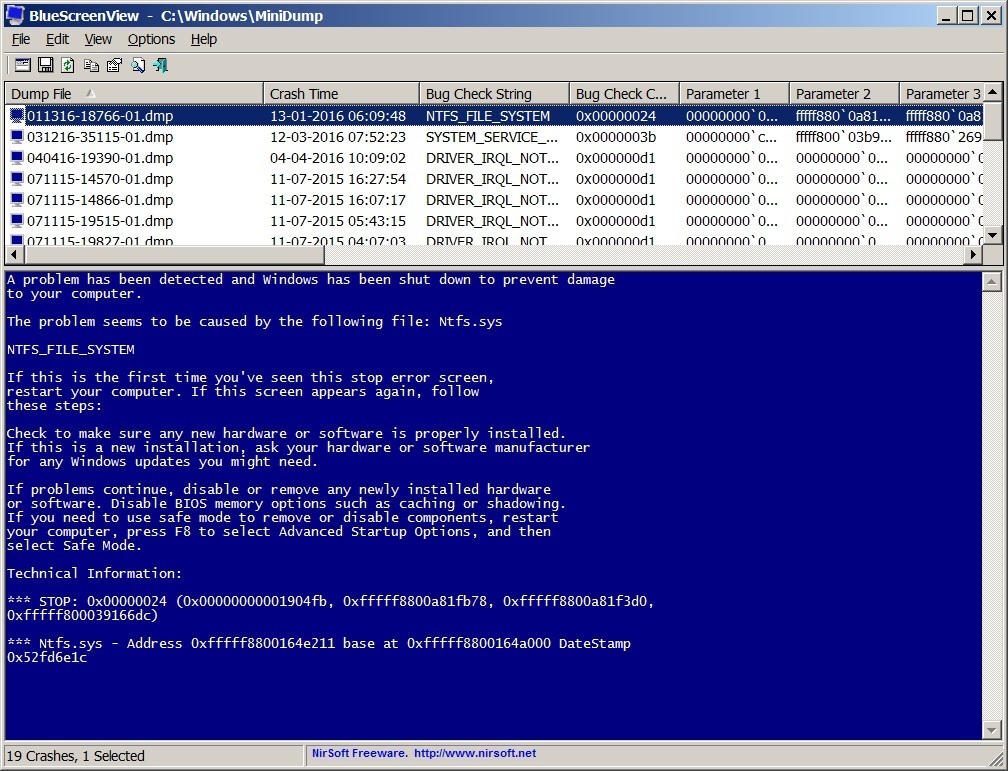