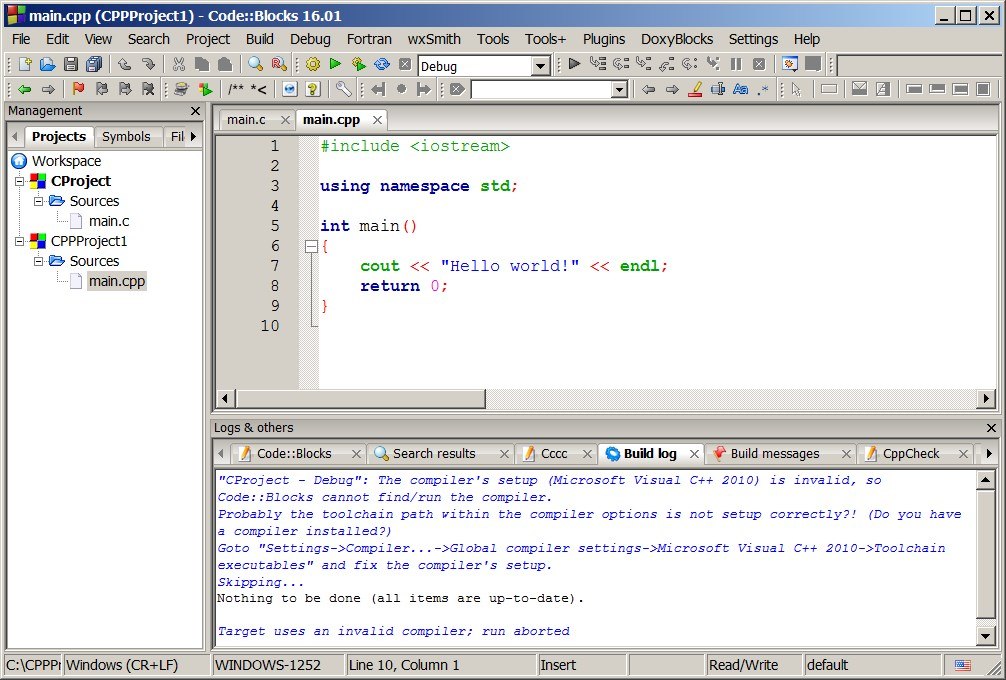 1
Code block supports multiple compilers including GCC.  Below are the  list of supported compilers. It is also recommended to have at least one compiler installed on your PC before installing Code::Blocks.

2
The Code::Block editor having lots of inbuilt features such as syntax highlighting, code folding, class browser, hex editor and other useful utilities. The extensive tab support integrated where each code files opened in separate tabs.

3
Code::Blocks supports bunch of projects types for C, C++ and FORTRAN languages. Below is the list of projects supported by Code:Blocks. 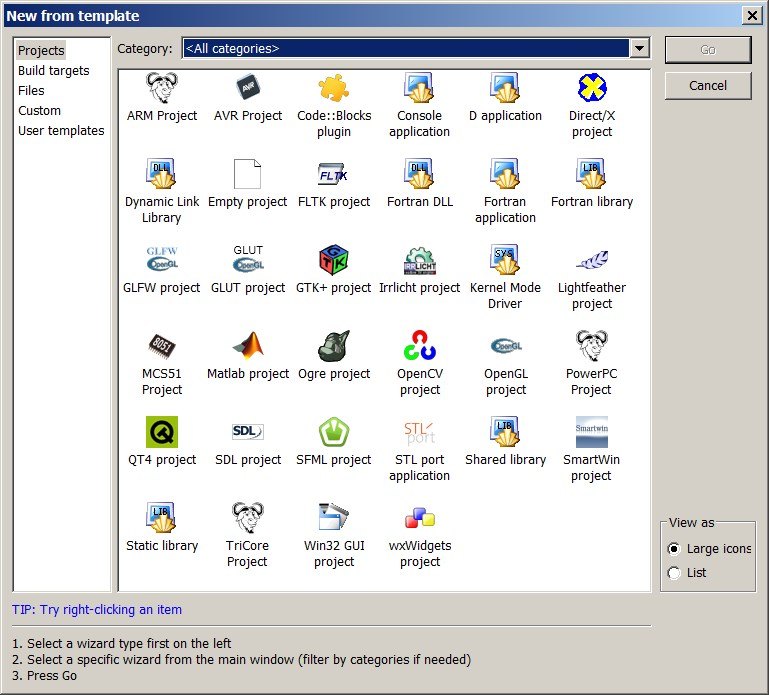 5
Code::Blocks uses the custom build systems. The build information stored in XML based project files. You can also use external makefiles such as GNU or qmake build systems.

Code::Block also have native forum where you can discusses on various topics related to Code::Blocks. You can get step by step articles on how to guide using Code::blocks, plugin development, announcements etc. 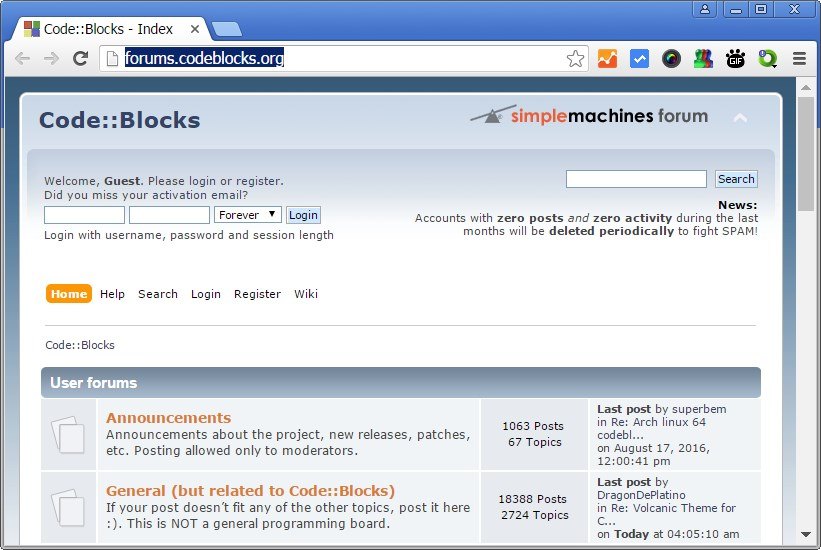