What is the error? 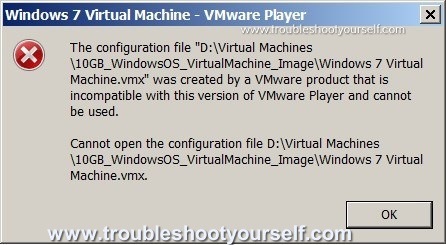 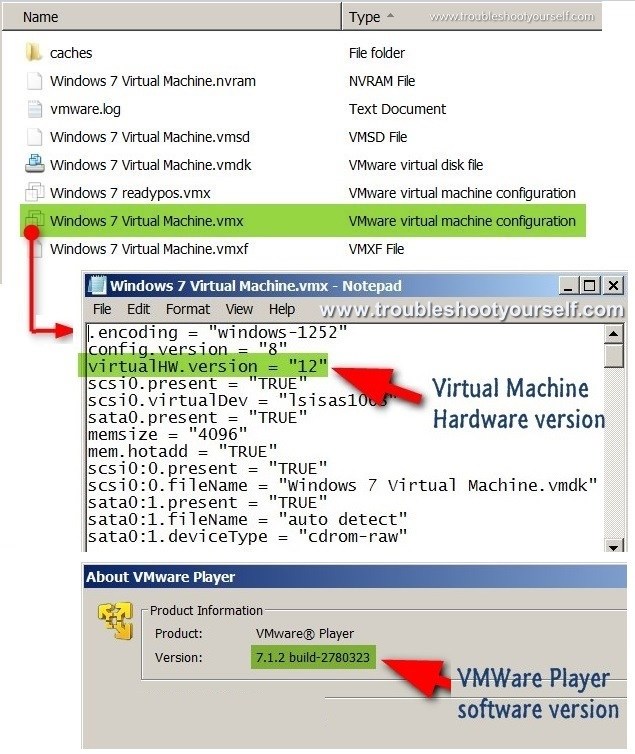 When you receive this error, verify whether the virtual hardware version (virtualHW.version) of the virtual machine is in line with the VMWare player (or workstation) version concerning the table provided above. If you observed any miss match, then take the below-suggested actions accordingly.

Let me take you through an example. Assume that your virtual hardware version (virtualHW.version) of an image is 12, and you have installed the VMWare player version is 7.x which is not compatible. It means that you cannot use VMWare Player 7.x for the virtual machine with the virtualHW.version higher than 11. Otherwise, you will receive an error.

You can choose either one of the solutions mentioned below with reference to the mapping table in such situations.

Considering the above exampe, upgrading VMWare player (or workstation) from 7.x to 12.x. Will solve the problem. Once upgrade is done, you will be able to power on the virtual image with hardware version 12 without any issues.

This is something like a quick workaround solution. Here you are not upgrading the VMWare player, instead, you are modifying the .vmx configuration file by downgrading the virtual image hardware version and making it compatible with your current VMWare player or workstation version. For the above case, you need to change VirtualHW.version from 12 to 11, where 11 is compatible for 7.x VMWare player.

This is a quick workaround solution, and no additional installation effort is needed. Once the modification is done, you will power on the virtual image with VMWare player 7.x  without any issues.

Recommended:   openssl is not recognized as an internal or external command
Share this: